Fatty prose & satire about food, home-cookery, the strangeness of our food system and your momma - Earth.
Stick to your tofu, b*tch
It sure seems strange that vegetarians/vegans supposedly despise meat, yet are obsessed with developing realistic fake meats. If they don’t like animal products, why eat the fake version? Just eat your bird food and hay if you hate meat, amirite?
Christine Lijcklama à Nijeholt 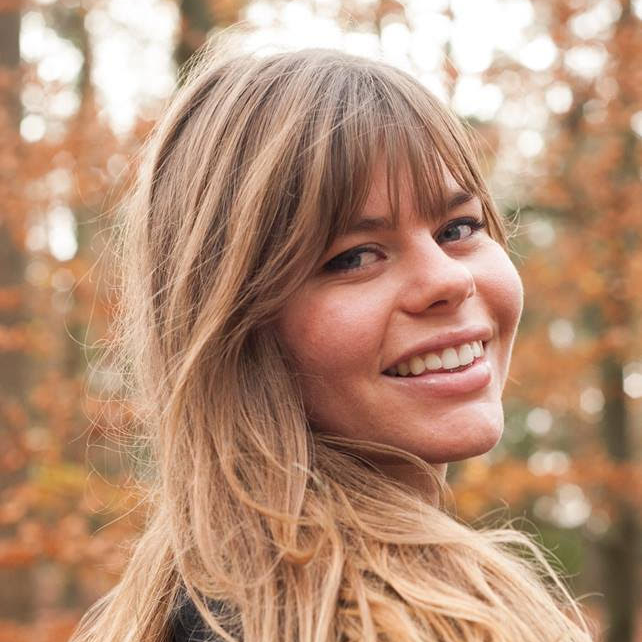 Burgers are getting so realistic that they even bleed when cooked! One would assume that this would be disturbing to a vegan. Isn’t the oozing of beetroot juice a reminder of the dead bodies they want to avoid at all costs? It’s hypocritical to go vegan and then eat products that resemble what you said you no longer want. Plus, why eat a processed imitation of meat if you can just have the real thing?

These are all questions you might be asking yourself when you see plant meat pop up everywhere nowadays. Big fast food companies now offer plant-based patties and the animal-free meat section is overflowing and encroaching on the animal-based section. Understandably, this perplexing human behavior might seem counterintuitive. However, there are a few reasons why the plant-based market is exploding, let me explain.

As a seasoned vegan, I can tell you that most people choosing to not eat meat don’t do so because they hate the taste of meat. In fact, I love meat and fish, cheese and yogurt. I used to eat meat three times a day.

So what happened? I became a vegetarian as a teenager, mostly to annoy my parents I guess. Later, when I went off to uni I discovered some Youtubers eating 50 bananas a day and somehow they were all super skinny and fit. That’s when I started eating plant-based. The getting skinny part failed, but I did fall in love with the lifestyle. I felt healthier and I enjoyed the fact that no animals were harmed in the making of my meals.

But… I never forgot the taste of a juicy piece of chicken and the melting in the mouth of a perfect steak. I never forgot the umami pleasure explosion of sushi or the mouthgasm of a thick burger. A bleeding vegan burger doesn’t scare me, it makes me excited. I can eat the foods I miss and feel good about it.

When I stopped eating meat many a year ago, the only available options were those veggie burgers that tasted like spongy sadness. The ones that have whole corn pieces and look like a steamy turd after eating corn for dinner. So I thank the vegan Gods every day that now there are so many vegan meat options that if I tried them all I would have to declare bankruptcy.

We have an emotional attachment to the food we grew up eating, which can be hard to let go of. But now we don’t have to let those foods go, we can just swap them with an equally tasty vegan version. It’s a win-win! Delish food, while not harming our health, animals and the environment. Conclusion: most vegetarians/vegans don’t eat meat NOT because they hate meat, but they hate what is behind it.

Plant meat for the meat-eater

Plant-based food has been getting quite a lot of attention lately. You will therefore be surprised to learn that vegetarians and vegans only make up about 3% of the consumers in the US and the EU. They are just a pretty loud bunch sometimes.

This 3% and their veggie burgers are not really a threat to the factory farming industry. However, the new generation of meatless meat products made from plants is already disrupting the meat market. This is because they appeal to a completely different group of consumers: meat-eaters.

As more and more people become aware of the climate crisis and the meaty contribution of factory farming, they are not necessarily “going vegan”, but just replacing meat purchases with plant-based counterparts. Many meat-eaters are up for trying plant-based products as long as they are tasty, cheap and nutritious.

This shift in marketing has seen the plant-based industry explode. It is predicted that the plant-based food market will exceed $162 billion within the next decade. This growth is making the animal agriculture industry nervous. So much so that they have been trying to make it illegal to advertise with vegan “burger” or “sausage”. Instead, they suggest “tofu patty” and “protein tube”. “Hey honey, want some protein tubes for dinner?” Yeah, no thanks.

The question remains, why make the plant-based version as meaty as possible? Because, for example, you want to make a dish like, let’s say spaghetti bolognese, but don’t want to use meat. You can now go to a supermarket and easily find a vegan version of ground beef. If the product didn’t look or taste like anything you were familiar with, you would be a lot less likely to try it and enjoy it, or even know how to use it.

“People really like the taste of meat. Instead of trying to convince them to eat a kale and quinoa bowl, why not try to make meat for them in a better way?” - Caroline Bushnell, Good Food Institute.

Let’s use the earliest versions of the Apple calculator as an example. The app looked a lot like a physical calculator. Why? Because people are attracted to familiarity. By providing familiarity by design it made people more comfortable with using the iPhone calculator and actually understand how it worked. An intuitive understanding of how to use the app was key. This applies to plant-based meats too. We will feel a lot more comfortable using a plant-based burger that looks, tastes and cooks like an animal-based burger. Otherwise, we would have to completely retrain ourselves in the kitchen. Ain’t nobody got time for that.

Plant meat is a gateway drug

Not so long ago meat was a special event. All would assemble for the slaughter of one of the farmed animals, or a hunt was organized to gather meat for the whole year. And in many areas of the world, this is still the case. It is a huge privilege to be able to eat animal products whenever we want. It is an even bigger privilege to be able to choose to not eat any.

Since meat used to be a special event it is very ingrained in most cultures and celebrations. It is traditional to eat turkey for Thanksgiving or Christmas, and lamb is a staple on Easter. It has even become “a tradition” to eat a fat kebab after a night of drinking. Most of us grew up in a carnivorous household. Therefore, it would be unrealistic to expect people to just completely throw out all these traditions and stick to plant-based whole foods. The fact that there are special plant roasts for the Holidays or sausages for the 4th of July BQQ makes the transition a lot easier. Essentially plant meats are a gateway drug to a food system less reliant on animal agriculture.

Recipes are usually also traditional and passed down from generation to generation. It would be a shame to lose long-established culinary traditions. That is why there are so many startups trying to continue these legacies in creative ways, just without the animal part. Let’s face it, we kind of want to keep our planet habitable so we can continue our hedonistic practices, like eating juicy meats.

Christine Lijcklama à Nijeholt
Word Witch
Christine is a magician with words and food, a tree-hugger and a free-range party animal. 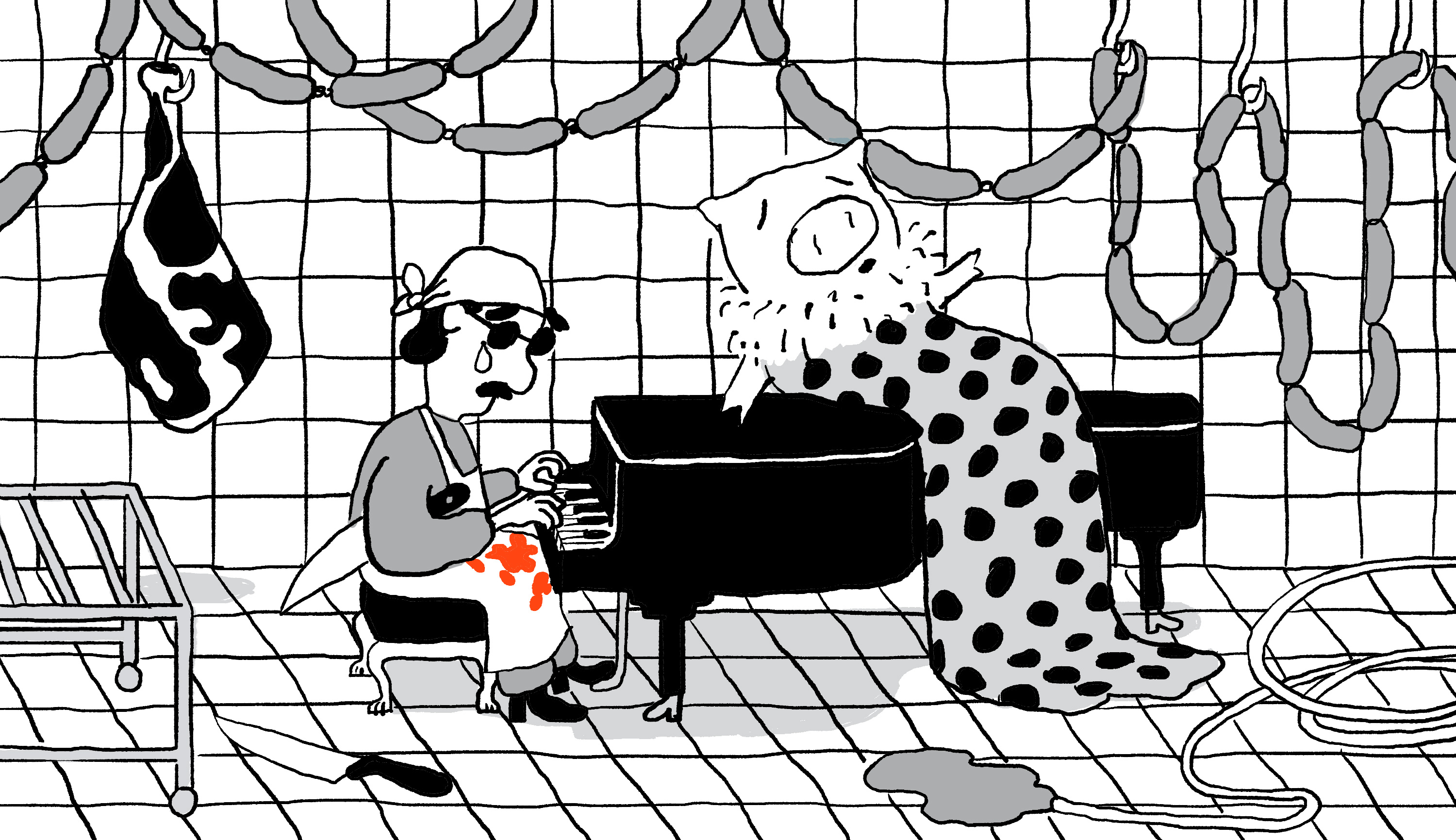 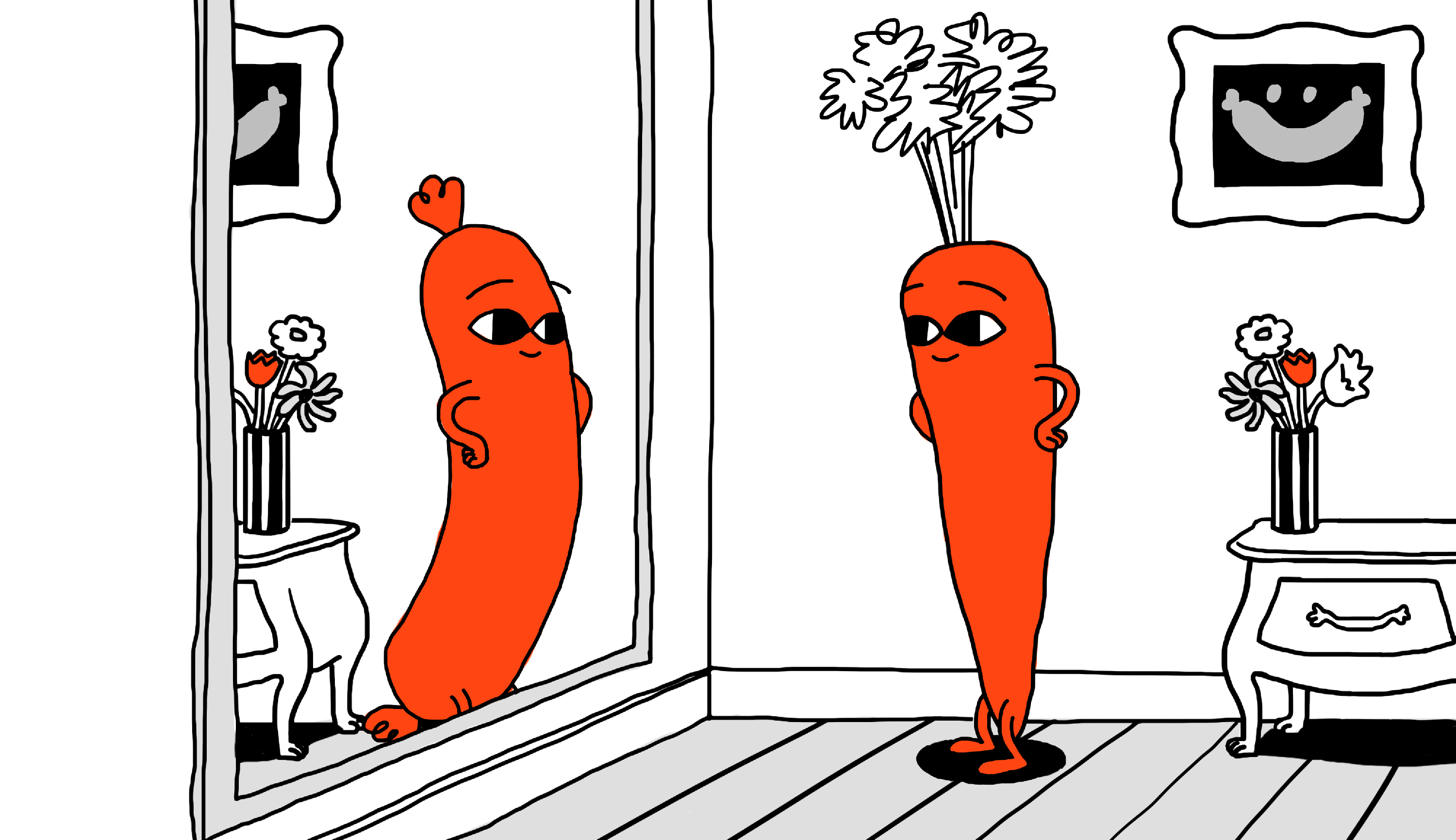 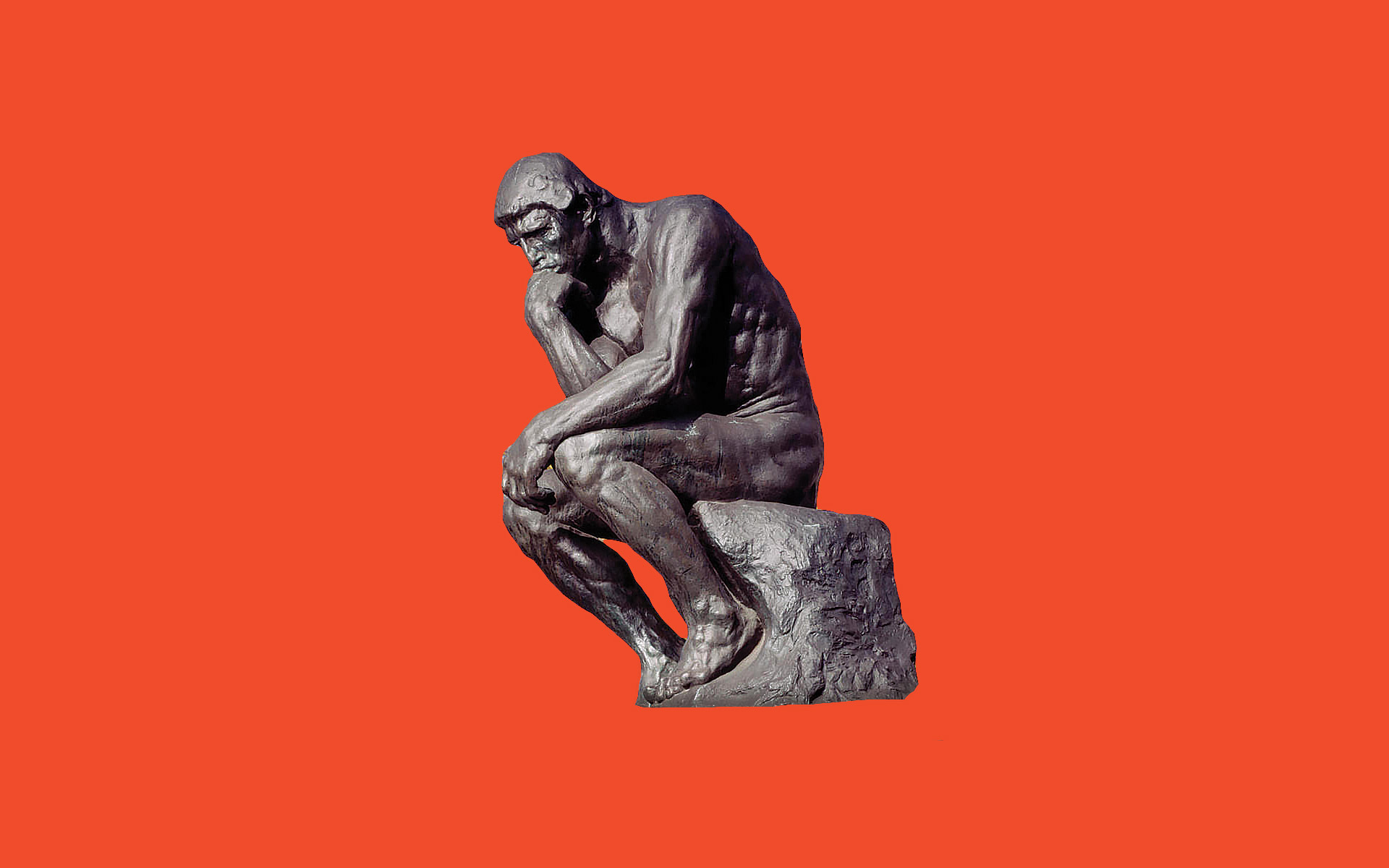 What the f*ck am I supposed to eat?
Introduction to the cosmos within us and the micro-management of a healthy body 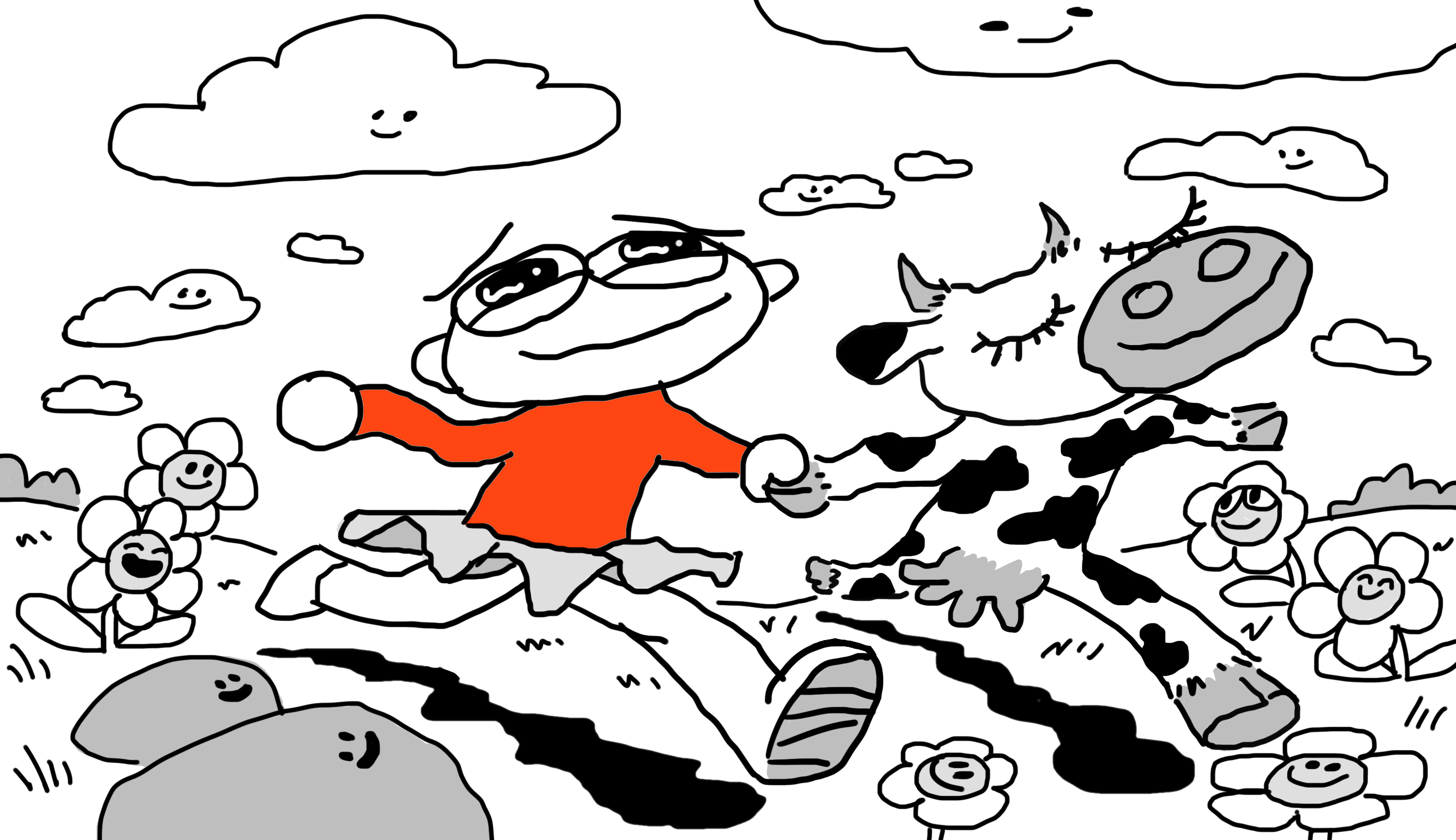 Loving animals is not cool
And shit.
Subscribe to the Juicy Times!
If you’re a fan of food, you might want to subscribe to our blog - The Juicy Times. This is just an assumption, of course. Maybe you don’t like food.🐒
Thank you! Your submission has been received!
Oops! Something went wrong while submitting the form.
We have no intention of spamming your inbox or any other shady marketing bulls#*t. We want to contextualise food for the 21st century and bring value to your life with great content. That’s a pinky promise.